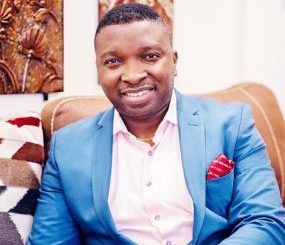 Dr. Kay Ijisesan is the founder and president of KingsWord Ministries International with churches and missions in North America, Africa, Europe and Asia. He received a mandate from God to Raise a Supernatural Army in the nations in August 1990. Since then, he has being involved in planting local churches in several nations with multiples of thousands of members all over the world.

He provides oversight over all the churches and missions of the ministry from his apostolic base in Chicago, United States. He also travels extensively around the globe holding conferences, crusades and imparting local churches. He has raised and imparted several thousands of believers in different nations through various media outlets which include television, radio and several internet platforms. Literally thousands of believers are imparted daily through his daily program #DeepWaters

Originally trained as a pharmacist, he later completed a doctorate program in Christian Theology. In August 2013, Dr Kay was honoured with Doctor of Divinity in recognition of his contribution to the body of Christ by International Ministry Institute in Pensacola, Florida. He has authored twenty eight books on several topics such as Faith, Grace, Holy Spirit, Excellence, Purpose, Redemption, Blessing etc.

Dr. Kay and his wife, Mayowa are blessed with two lovely children: Tolu & Temi. His weekly meetings and special conferences around the world are broadcasted live through various media.